In the throes of passion with my head on his chest, he took my hair in one hand and whispered it in my ear.

I told him he made my heart hurt, made it ache and moan and scratch at the bruises still left from the last time we decided that over was not over and that in the dark all is forgiven.

The lights are off because the light from the city casts long shadows and it is easy to forget the things that have transpired here. The sheets are the same sheets although they do not smell like you anymore, the hands are the same hands but they do not have the same touch.

Craving the same we try to recreate it, huddled with our naked bodies, hoping that we will stand tall one day and proclaim ourselves, not hope to become smaller and smaller until we are shadows of ourselves, until we are people that no longer actually exist, but drift through like ghosts.

I woke up late in the early morning and the ceiling talked back at me while I hoped against hope I would rise anew. There are arms around my back telling me stay, stay in this place and don’t ever move, succumb to every fear that has ever entered your ears and just stay here until someone wonders where you have gone.

I told you you made my heart hurt, but what I meant was that the building I thought had lifted off my chest had just gone away for awhile, to return at any moment that you decided I was beautiful girl. 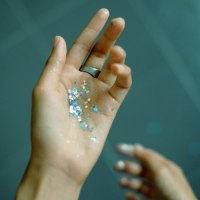 Join 188 other subscribers
Follow A Short Conversation on WordPress.com